The South African Risk Report was officially launched on the 10th February at a breakfast presentation hosted by IRMSA at the Johannesburg Country Club. The turnout was excellent. Well done to Gillian and her team! Michael Ferendinos, (Chief Risk Officer of AECI) who is the chairman of the IRMSA risk intelligence committee did a brilliant job of taking us through the salient points of the 2016 risk report. You can find a summary presentation at www.barnowl.co.za/knowledge-centre/

The highlight of the morning was Clem Sunter, who as always entertained us with his brilliant analysis of the global and local markets with figures and stats at hand to back it up. Clem  spoke about ‘flags’ (essentially risks and events); ‘cloudy’ flags that come and go and are unpredictable and ‘clock-work’ flags that are 100% predictable like the ageing European, Chinese and Japanese population which will have a huge impact on global economic growth  and commodity demand in the immediate / near future. In contrast, South Africa has the opposite where 50% of the population is under 23: (i.e. ‘born frees’ in and after 1994). Clem mentioned that he had been talking to an international cosmetics company that was investing heavily in Africa selling hair care and skin care products because there is only so much anti-wrinkle cream you can sell to a dying population in Europe. Clem went into some detail of the impact of global risks such as terrorism (ISIS / refugee crisis), Russia / Putin stirring things up, the ageing population in Europe, China and Japan,  the Zika virus (pandemic), anti-establishment sentiment from the low and middle class, regulatory scrutiny of large corporates. 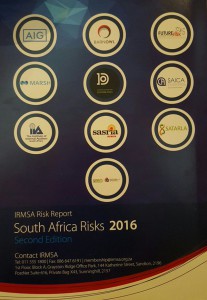 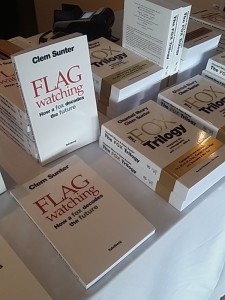 On the local front Clem spoke about 6 flags that corroborated many  of the risks identified in the 2016 risk report and spoke about game changers (impact) such as: 1) corruption,  2) quality of infrastructure (physical, education, heath, electricity, water etc.), 3) quality of leadership, 4) pockets of excellence, 5) economic freedom (Government needs to grow, support, encourage and make things easier for entrepreneurs and SMMEs) and 6) world at work (mechanisation and technology disrupters). In terms of the scenario quadrant (please see presentation slide 28), Clem puts South Africa in the quadrant of ‘steep climb’ with the possibility of ‘avalanche’ (if we don’t get it right now and business and government don’t work together, the Rand plummets and junk bond status becomes a reality). In terms of the global outlook Clem mentioned that Goldman Sacks say there is a 20% chance of a crisis similar to the 2007 crisis; Clem rates it a much higher probability with a stagnant global economy and tough times ahead. Clem gave an interesting statistic of 3 trillion dollars being invested in fracking (borrowed money from banks) which produces oil at $60 a barrel whilst the market price is sitting at $30 per barrel. Makes you wonder when the pack of cards may come tumbling down with USA debt at 50% of GDP, its highest since 1942.

In summary, Clem mentioned that Risk Management is a key (top) discipline in any company and critical when determining / setting company strategy.  Risk management needs to be dynamic with a real-time view of your risk profile and KRIs.  Clem also mentioned that the IRMSA 2016 risk report is an invaluable publication and a must read for any organisation.

BarnOwl is privileged to be a member of the IRMSA Risk Intelligence Committee and to have contributed to the input of the IRMSA 2016 risk report as well as providing a few of the graphical analysis charts in the report which were generated utilising BarnOwl’s business intelligence module. 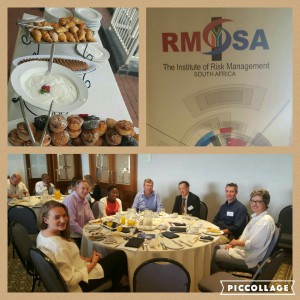 Extracts from the breakfast written by Jonathan Crisp

BarnOwl provides a system-wide view of your risk universe at a strategic group level as well as at each individual business unit level and / or process level. BarnOwl provides an early-warning system and keeps risk managers / management appraised of a changing risk environment improving their insight and oversight of issues and exposures at every level of the organisation enabling an organisation to respond appropriately / proactively to risks that might adversely affect the realisation of the organisation’s objectives.