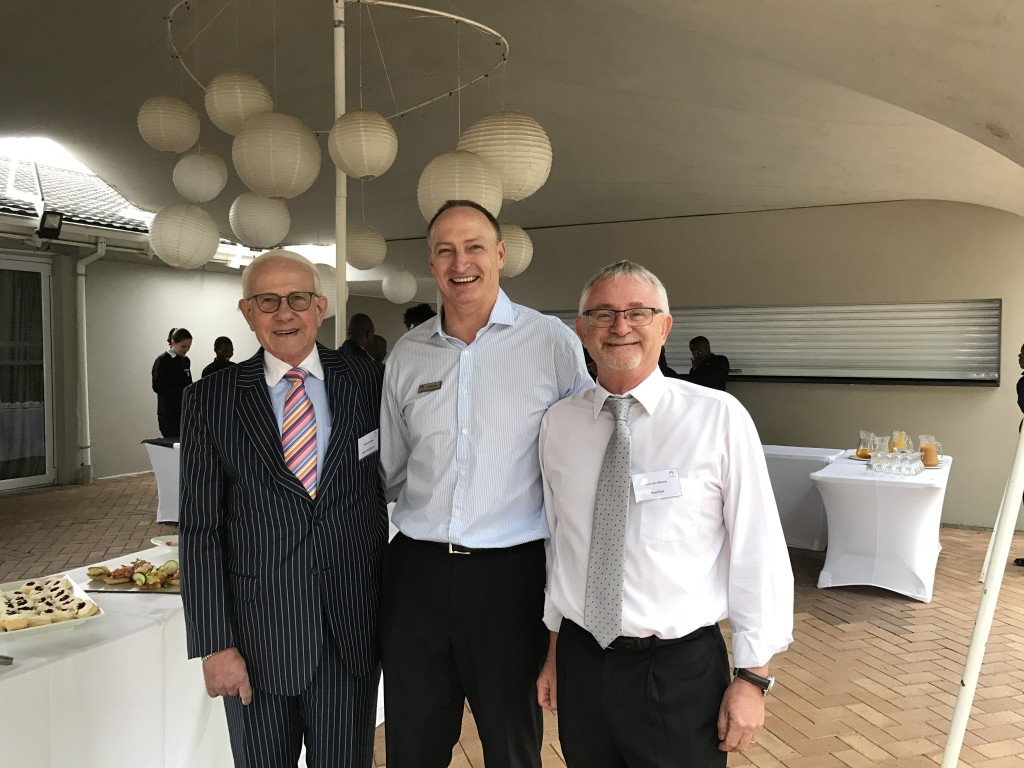 We were delighted to have Michael Judin present to us on the 23 February 2017 at our info sharing breakfast at the Bryanston Country Club. The event was extremely well attended with over 150 people attending, thanks to Michael being a most entertaining and informative presenter speaking on a very topical subject.

With organisations feeling the strain of operating in an increasingly complex regulatory environment together with a challenging economy, it was most refreshing and an eye-opener to hear Michael explain that the King code is far from just another layer of regulation. In fact, it is a code that makes navigating legislation and statute law easier. With the advent of the new company’s act (2008) with its far reaching and draconian consequences relating to duties and liabilities of directors (extended to prescribed officers (e.g. company secretaries, committee members.)), King III was developed as a voluntary common law code to help take directors down a journey of good governance. As Michael mentioned, we may have had a national retirement day for all directors and prescribed officers! ‘Comply or else’ was not always good governance. 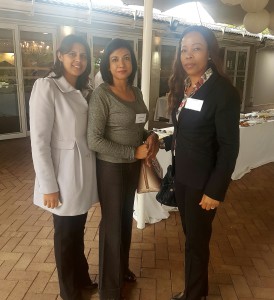 So from the early days when Nelson Mandela tasked Mervyn King to come up with a corporate governance code, the King code has come a very long way and has evolved from ‘Comply or Else’ (King II) to ‘Apply or Explain’ (King III) and now ‘Apply and Explain’ (King IV). King IV has been further simplified and compresses the 75 principles of King III into 16 principles plus one for financial services with recommendations on how to apply the principles to achieve the outcomes. The definition of corporate governance for the purposes of King IV, is defined as the exercise of ethical and effective leadership by the governing body towards the achievement of the following governance outcomes: Ethical culture, Good performance, Effective control and Legitimacy.

Another point that struck me is how forward thinking King IV is and how it appeals to millennials who are far more conscious about ‘People, Planet and Profit’. Today’s executives and boards are generally from the baby boomer generation and see governance as a ‘tick box regulation thing’ and just something they have to do. Michael spoke about our misconception that the power is in the board room. The power really lies with the new millennials and the power of social media and the smart phone. Millennials don’t believe a thing you say. You have to demonstrate the outcomes. People who understand King embrace it. It is not about ticking the boxes to comply. As Michael mentioned Millennials don’t trust anyone or anything and want to see proof of outcomes rather than a tick box of principles. 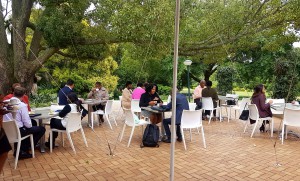 What I also found enlightening, was Michael saying that out of the 6 capitals (Financial, Manufactured, Intellectual, Human, Social and Relationship, Natural), the easiest one to come by is the ‘financial’ capital. Investors will always find money for companies they trust and believe are well governed and sustainable. Harvard university commented that the King code appeals to a way of life rather than just a way of doing business. This is far reaching considering that our customers are millennials who don’t believe a thing you say and need to see the outcomes to believe, need instant gratification and need to see information presented on one page.

Three things have happened with the application of the King code and its principles:

1. As a standard now, well-crafted commercial agreements are all King compliant and embrace corporate governance and due diligence. I.e. The King code is common place in contract law.

2. King is now part of South African common law. King does not need to be part of statute law. Millennials will ensure that it works: ‘We distrust you, we want to see the results of the principles applied, show us the outcome. No more tick boxes. It’s simple; if you don’t comply with good corporate governance, we just won’t buy your product’. King is not another layer of regulation. Nestle found this out the hard way with their destruction of palm trees in Malaysia which happened to be the chimpanzee’s natural habitat. A few youngsters took to social media showing blood dripping out of a KitKat. Do not buy KitKat. Days later Malaysia’s palm trees were being restored for the chimpanzees. Social media operates in nano seconds. Outcomes support integrated reporting which is integrated with people’s future. Governance supported by King IV is an aspirational code.

3. The business judgment rule became part of our DNA to help honest people (Directors and prescribed officers) who may make an honest mistake. Michael mentioned three salient points regarding business judgment: 1. If you are conflicted you don’t decide whether you are conflicted, the other party decides. 2. We live in a knowledge world; you cannot act if you are not properly informed; you need to stress test and check your info. You need to know enough and question with an understanding mind. How did you come to your decision? If you don’t know say so. Be true to yourself, I don’t know, be honest, go and learn. 3. Need to operate in the best interests of the organisation (a lawful organisation).

Ignoring these principles is demonstrated by the Australian Centro case where the board approved the financial results erroneously which resulted in liquidation, class action and the directors losing everything. Directors were questioned on ‘why are you on the board, you said you approved the financial accounts which means that you must be knowledgeable. You said yes because ‘John’ who is the expert said that the accounts were correct and so you said yes too. You lied to the world.’

Michael is a member of the King Committee and was also the convenor of the Sub-Committee which wrote the Chapter dealing with negotiation, mediation and arbitration as contained in King III, South Africa’s Corporate Governance Report and Code; and