Many organisations see compliance as a ‘necessary evil’ and in many cases try to ignore it hoping it will go away. Whether we like it or not compliance is here to stay and it’s not only getting more and more complex in an increasingly complex and connected world but is having a bigger and bigger impact on business.

The State of Governance in South Africa
The institute of Internal Audit South Africa (IIA SA) recently conducted their Corporate Governance Index 2015. The survey was directed at Six hundred (600) Chief Audit Executives (CAEs) on the IIA SA database, which took the form of a self-administered web-based questionnaire. CAEs at professional services firms were specifically requested to report on a typical client, rather than on their own firms. Typical topics and questions rated were:

Conclusion
So the moral of the story is that compliance, whether you like it or not is here to stay and is critical to the survival of any business. The trick is to find a balance between meeting regulatory requirements that demand compliance without impacting on the business imperatives of the organisation negatively. Another trick is to empower your compliance function to operate effectively without over complicating things. For example, by implementing the right software one can greatly enhance your compliance function whilst reducing the administrative burden of compliance. BarnOwl GRC software for example is fully integrated with the South African acts (provided by Lexis Nexis or EOH legal services) allowing you to identify and prioritise which acts and provisions you need to comply with, assign ownership and automate the ongoing monitoring of your compliance environment, providing an early warning system of non-compliance.

You can find out how to manage your compliance function effectively using The BarnOwl software by downloading the BarnOwl buyers guide below. 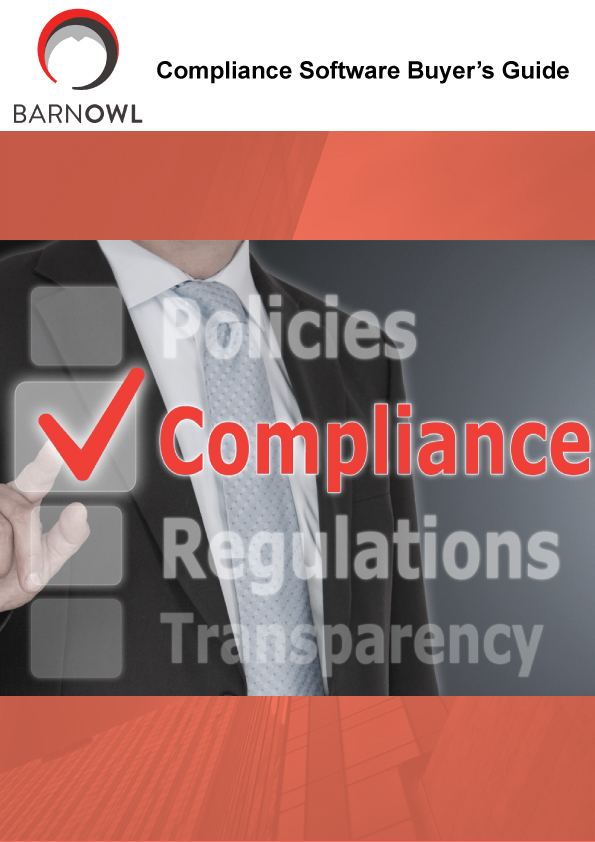